New Zealand is one of the world’s most stable and well-governed nations and is an attractive destination for investment, business, and raising a family. The country is consistently ranked in the top 10 in terms of protecting investors, starting a business, and ease of doing business. New Zealand also ranked 2nd on Transparency International’s 2018 Corruptions Perception Index for government transparency and lack of corruption. Compared to most countries in the world, New Zealand offers a great work-life balance, with world-class education and healthcare systems.

Applicants can include their spouse and dependent children aged 24 years and younger in their applications.

An acceptable investment is:

Investments can also be made in equity in New Zealand firms (public or private, including managed funds), registered banks, and residential property development(s). Applicants can nominate a mix of funds and/or assets in which they would like to invest.

Switzerland ranks among the top countries in the world to live in due to its overall quality of living, with Zurich and Geneva frequently nominated as among the best cities in which to reside. Historically, Switzerland has alwa ...

Residence-by-Investment in United States of America

The United States of America remains one of the most desired destinations for migrants and investors from all over the world. The USA has a complex immigration system, and in each instance, it is warranted to assess the individual ...

Residence-by-Investment in City of Victoria

Hong Kong is a well-respected jurisdiction, ideally positioned at the center of rapidly developing East Asia. The region was established as a British colony in 1841 and was reverted to Chinese sovereignty on 1 July 1997, under the ...

Austria is one of the most attractive countries in the world to live in. An ideal combination of economic stability, a clean and safe environment, and an excellent infrastructure makes the country an outstanding place of residence ...

Residence in the UK The UK immigration rules are set to attract investors, entrepreneurs, and people of talent. Recent changes have seen the UK close immigration to highly skilled workers and some other immigration categories. Th ...

Portugal is one of the oldest countries in Europe, has an excellent reputation, a very high Human Development Index ranking, and a high level of security, making it one of the world’s most globalized and peaceful nations. Por ... 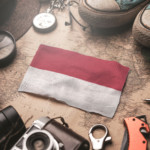 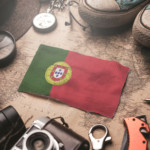 Hosting Data Center in Miami, US

MergersCorp M&A
International As seen on