A club competing in the second tier of Welsh professional football. The champion of this league will make promotion to the 1 tier, Cymru Premier League.

The Cymru Premier League consists of 12 teams, the top 3 spots at the end of the season will get a ticket to the European continental tournaments (Champions League, Europa League, Conference League).

Founded well over a century ago.

A club with a noteworthy history. They have had some spells in the international European tournaments..

Training pitch is located next to the stadium and is made of latest generation synthetic grass.

Both facilities are rented from the council for an amount of GBP 15.000/year and for a period of 35 years.
Club has an academy with 7 teams. Recently received an award of excellence. This makes it more attractive for local talent to join the club’s academy.

The club is less than a 90 minutes drive away from the cities of several well known English Premier League and Championship teams.

Competing in the Italian professional Serie B.  20 teams in the league. First two for direct promotion to Serie A and no. 3 to 8 in a after season play off can fight for the 3rd spot for promotion. Many chances to make it to the ...

Italian Football Club for sale currently playing in the third tier (Serie C) of Italian football, after earning promotion from Serie D by winning the league playoffs. The Team was founded before the First World War and refounded ...

Air conditioner Manufacturing Business with a capacity of 60,000 units 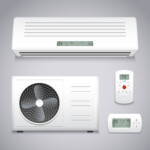 MergersCorp M&A
International As seen on